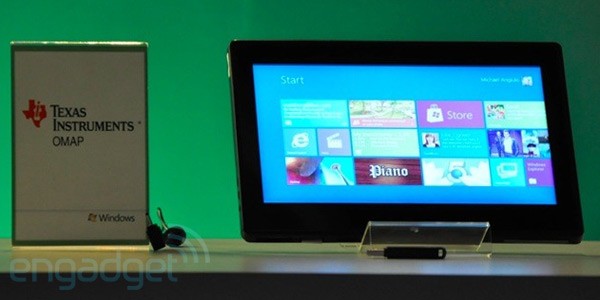 There’s little doubt that the launch of Windows 8 will bring with it a wave of new tablet devices from all sorts of manufacturers and vendors. But did any of us expect to see one bearing Microsoft’s own logo? According to DigiTimes’ sometimes accurate, sometimes shaky upstream supplier sources, Steve Ballmer’s team is looking into putting together an own-brand Windows 8 slate, which will be powered by Texas Instruments silicon and put together by Taiwan-based ODMs. The deadline for this device is said to be by the end of 2012 and TI’s involvement suggests it’d be one of those newfangled ARM-based Windows machines, but beyond that, we’ve little more to go on. Whatever the outcome, don’t expect Microsoft to go overboard, DigiTimes says the company is “proceeding on a low profile.”

via Microsoft eyeing own-brand Windows 8 tablet for end of 2012? — Engadget.